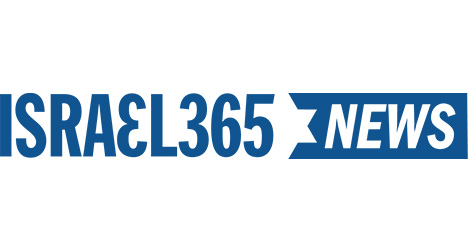 Cancer Treatment Doesn’t Work on Everyone. One Israeli Doctor Explains Why.

Despite considerable advances in cancer treatment, most patients fail to respond to therapy at all or from a particular stage; although the initial cancer treatment phase is often successful, many patients are affected by the development of resistance. Without oncologists being able to predict how effective the treatment is, the malignancy recurs or metastasizes (spreads to other parts of the body), sometimes more violently than before.

Why do some cancer patients improve and others fail to do so? One of the most complex cancer therapy challenges is to understand why cancer therapy only helps some patients. The American Society of Clinical Oncology has defined the ability to predict patient response to treatment as an area of research of the utmost priority.

Over the years, many cancer researchers have investigated the effect of therapy on the tumor itself, but few have analyzed the effect of the therapy on the patient, according to Prof. Yuval Shaked of the Technion-Israel Institute of Technology in Haifa. His research, recently summarized in an article published in the prestigious Nature Reviews Cancer, shows that predicting the “host” (patient) response to therapy can significantly improve patient care.

Shaked presents new ways to curb the development anti-cancer therapy resistance, a phenomenon that is detrimental to the efficacy of existing cancer treatments.

The majority of studies have so far focused on investigating the basis of resistance as a result of changes related to the tumor. In the last decade, Shaked and his team have shown the patient’s “contribution” to this resilience. This direction has been a paradigm shift in understanding cancer recurrence and encouraged the scientific and medical community to further advance its understanding how the body protects the cancer from the treatment. The current understanding is that cancer therapy can induce local and systemic responses in the patient’s body, and these actually support the resurgence and progression of the cancer.

Shaked’s article offers an outline for therapy for preventing the development of treatment resistance and how this new information can be used in the clinic. Specifically, it proposes that identifying these new mechanisms of treatment resistance can help advancing the important global trend of personalized (precision) medicine.

Shaked is the head of the Technion Integrated Cancer Center and the chief scientific advisor of OncoHost – a company he founded that works on translating this specific research direction into clinical use for improving the current treatment of cancer patients.

Host Response Profiling is the only system that analyzes “proteomic” changes in blood samples to monitor the dynamics of biological processes induced by the patient in response to a given cancer therapy.

This term refers to the large-scale study of proteomes, which are sets of proteins produced in an organism, system, or biological context. Proteomics is used not only to detect protein expression patterns at a given time in response to a specific stimulus, but also to determine functional protein networks that exist at the level of the cell, tissue, or whole organism.

His research focuses on predicting – as early as possible – the patient’s response to anti-cancer therapy and improving existing treatments.

This phenomenon of host response to therapy has been studied in the past by Shaked mainly in the context of chemotherapy, which harms not only cancer cells but also healthy cells in the body. But in a series of recent articles, the Technion professor, who specializes in nanobiotechnology and nanomedicine, found that this reaction occurs in almost every existing anti-cancer therapy, including advanced therapies such as biological therapy. The response of the “host” to treatment involves the production of proteins and the increased release of growth factors – that protect the tumor and allow it to flare up and metastasize. “We are not saying that existing treatments are not good,” Shaked stressed. “They just aren’t suitable for everyone. As mentioned, each treatment triggers a host response, and when this response exceeds the therapy effect, we receive ineffective treatment. For the therapy to be effective at the specific host level, it is important to predict the same counter-response and try to block it. This is how we will gain much more effective therapy.”

“To improve personalized medicine, we need to understand the mechanisms of the disease in depth and plan the optimal patient care,” said Shaked. “In the context of cancer, personalized medicine not only allows us to tailor a drug for the tumor but also to combine dedicated medications – a cocktail that is not based on empirical experience, but rather, on understanding the biological processes in the body that the therapy causes.”

Shaked’s research has already shown the effectiveness of anti-cancer therapies based on the right combination of drugs. This could provide a good basis for personalized medicine in various therapies.

“For immunotherapy, one of the most important effective approaches today in the field of cancer, only some 20% to 30% of patients today respond. Through blood testing, we can predict the outcome of patients treated with immunotherapy and continue such treatment only in patients in whom treatment is expected to be effective,” he said. “Based on the present study, in the future we may offer combined therapies to increase the effectiveness of treatment or allow patients who are currently unresponsive to immunotherapy drugs to respond to them. This is a huge revolution that we must advance not only in research but also in the commercialization of research into actual therapies. Only then can we contribute to saving lives.” OncoHost is now conducting clinical trials that measure the host’s response to patient care and predict the effectiveness of the treatment.

“We have already reached clinical trials in Israel, and we are in the advances stages of negotiation to implement such a trial in additional countries in Europe and the US so we will be able to turn these discoveries into the correct diagnostics and innovative medical care,” concluded Shaked.

The transition from basic laboratory knowledge to the patient’s bed must undergo many stages of feasibility, regulation and therapy effectiveness. These actions are not conducted in the lab but mainly by pharmaceutical companies able to take scientific findings to patients. “According to the clinical trials, we estimate that based on a simple blood test, we will be able to provide the patient with up-to-date information about the expected efficacy of the therapy being received and the options to modify it to improve outcomes.”