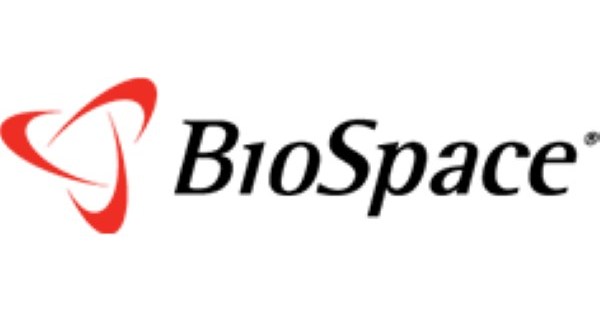 The UK Biobank is a biomedical database and research resource containing in-depth genetic and health information from half-a-million participants in the United Kingdom. The paper analyzed data from protein quantitative trait loci mapping of 1,463 proteins identifying 10,248 primary genetic associations, of which 85% have not been previously reported. The company noted that the study provides an updated genetic atlas of the plasma proteome.

Additionally, the data provide the scientific community with an “open-access, population-scale proteomics resource of unprecedented breadth and depth to help elucidate biological mechanisms underlying genetic discoveries.” Olink said the measurement of proteins at “population scale” provides the ability to improve the understanding of underlying mechanisms of diseases and can accelerate the development of novel biomarkers and therapeutics.

“The landmark research conducted by members of the UKB-PPP is a meaningful early step in harnessing the power of next-generation proteomics in combination with genetic information to improve human health,” Jon Heimer, chief executive officer of Olink, said in a statement. “We are extraordinarily grateful that Olink’s Explore platform can be part of this tremendous journey, and eagerly await the full data set to be released to the scientific community by the end of this year.”

NorthX Biologics: Also based in Sweden, NorthX Biologics is expanding into cell therapy manufacturing at its existing GMP-facility, as well as at premises the company maintains at the Karolinska University Hospital campus in Stockholm. This expansion, in partnership with Alder Therapeutics, is part of NorthX’s Innovation Hub, an Innovation track designed to provide development and GMP-manufacturing services to the next generation of drug development companies and innovative research groups.

KT Corporation: Based in South Korea, digital platform company KT Corporation and Hanmi Pharmaceutical have co-invested in Digital Pharm, a company specializing in DTx and electroceuticals. According to the companies, the alliance is a first in Korea, where leading communication technology companies, pharmaceutical companies, and medical institutions have partnered to exploit their respective capabilities.

ProtonDx Ltd.: London-based ProtonDx, a spin out of Imperial College, received CE-IVD marking for its innovative Dragonfly in vitro diagnostic system. The company believes that Dragonfly will revolutionize rapid infectious disease diagnosis and tracking worldwide. Dragonfly is a portable, rapid diagnostic system able to identify multiple viral pathogens at the point of need.

Optibrium: Also based in the U.K., Optibrium, which develops software for drug discovery, secured additional capital from the equity firm Kester Capital. The investment will be used to support and commercialize its computer-aided drug discovery technologies.

Vaccitech: Another U.K.-based company, vaccine-focused Vaccitech, announced an update to the interim analysis of its HBV002 study of VTP-300, a novel immunotherapy for hepatitis B. Vaccitech’s VTP-300 induced sustained reductions of surface antigen in patients with chronic hepatitis B both as a monotherapy and combination with a single low dose of anti-PD-1

Juva Life: Cannabis-focused Juva Life, based in Vancouver, Canada, closed non-dilutive financing of $11.8 million. The company said this will enable it to acquire a Stockton, Calif. facility and further its clinical research on its two novel compounds, Juva-019 and Juva-041, targeting the treatment of inflammation.

BetterLife Pharma: Also based in Vancouver, BetterLife Pharma Inc., which is focused on developing new treatments for mental disorders, announced an abstract on the anti-depressant activity of its lead compound 2-bromo-LSD has been accepted for poster presentation at the upcoming FENS Forum, which will be held in Paris. The company believes that -bromo-LSD, also known as BETR-001, an LSD derivative, has the potential to be used in multiple neuropsychiatric and neurological disorders without the concerns of hallucinogens.

Bio-Me: France’s Bio-Me has become part of the Medicen Microbiome Drug Metabolism working group. The group is an initiative that aims to develop a better understanding of drug-microbiome interactions. The working group initiated by the Medicen Paris Region cluster consists of a network of more than 30 academic groups, biotech companies, CROs and associations, as well as 10 of the major pharma companies. The goal is to apply “excellence in innovation” to solve challenges arising from drug-microbiome interactions to help develop tomorrow’s therapeutic solutions.

Recce Pharmaceuticals: Based in Australia, Recce is focused on developing a new class of synthetic anti-infectives. The company announced that in cohort six of 10 health males in the company’s Phase I study, RECCE 327 posted positive safety and tolerability. RECCE 327 (R327) is being developed as a new treatment option for patients with sepsis.